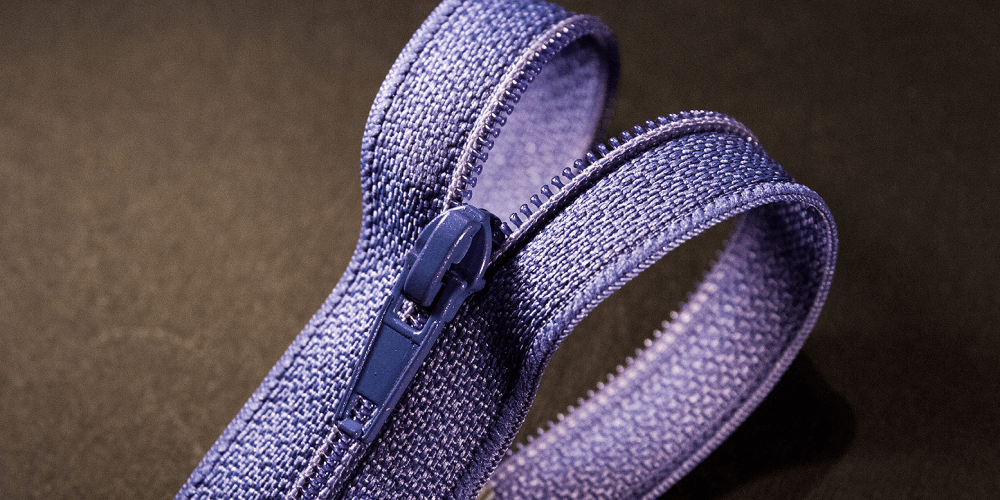 Zipper represents a universal product that has a wide application in various industrial fields. The characteristic feature to connect two parts in a quick, easy, practical, and simple way, makes it indispensable.

From the moment zipper entered wide application, there has not been found another product that could replace it, and that will probably not happen soon
‍
Wide range of different types of zippers extends its application in new areas every day.
‍
According to customer’s request puller with customer’s logo can be attached to the slider.
‍
Sliders can be made with several types of finishes, so an excellent visual effect can be achieved in combination with color of the tape or type of metal chain teeth. 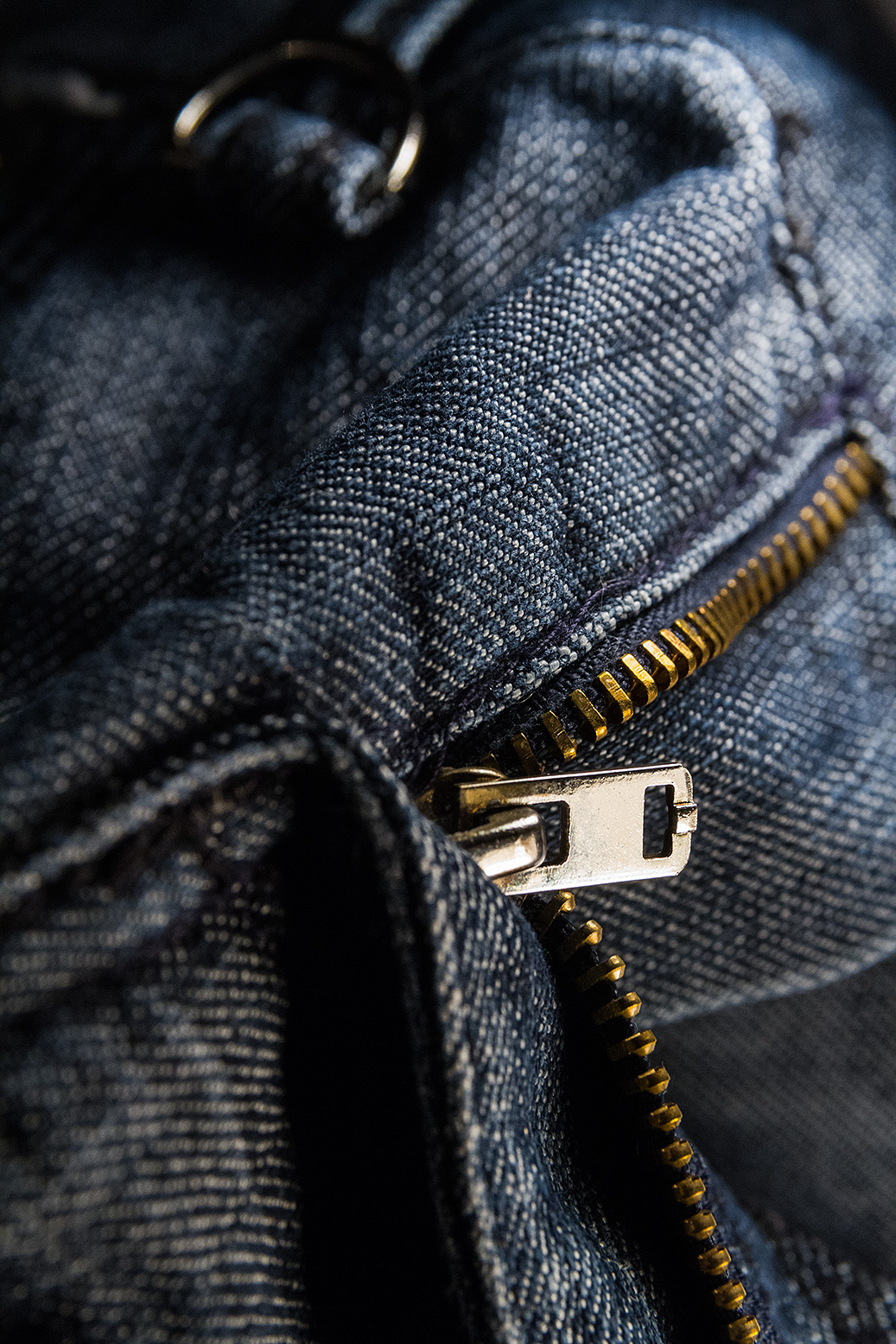 These zippers are very reliable because metal teeth are firmly and precisely bonded to the polyester tape.
Metal zippers can be made of brass or alpaca (new silver).

With various colors of teeth and slider finish, and with different puller shapes, these zippers can also represent a fashion detail on clothing or footwear.
‍
They are made in several different sizes (according to the width of metal teeth) and in different classifications as: closed end, open end, with two sliders...
‍
According to the metal zipper teeth material, and type of teeth finish, we can offer you following types of metal zippers: 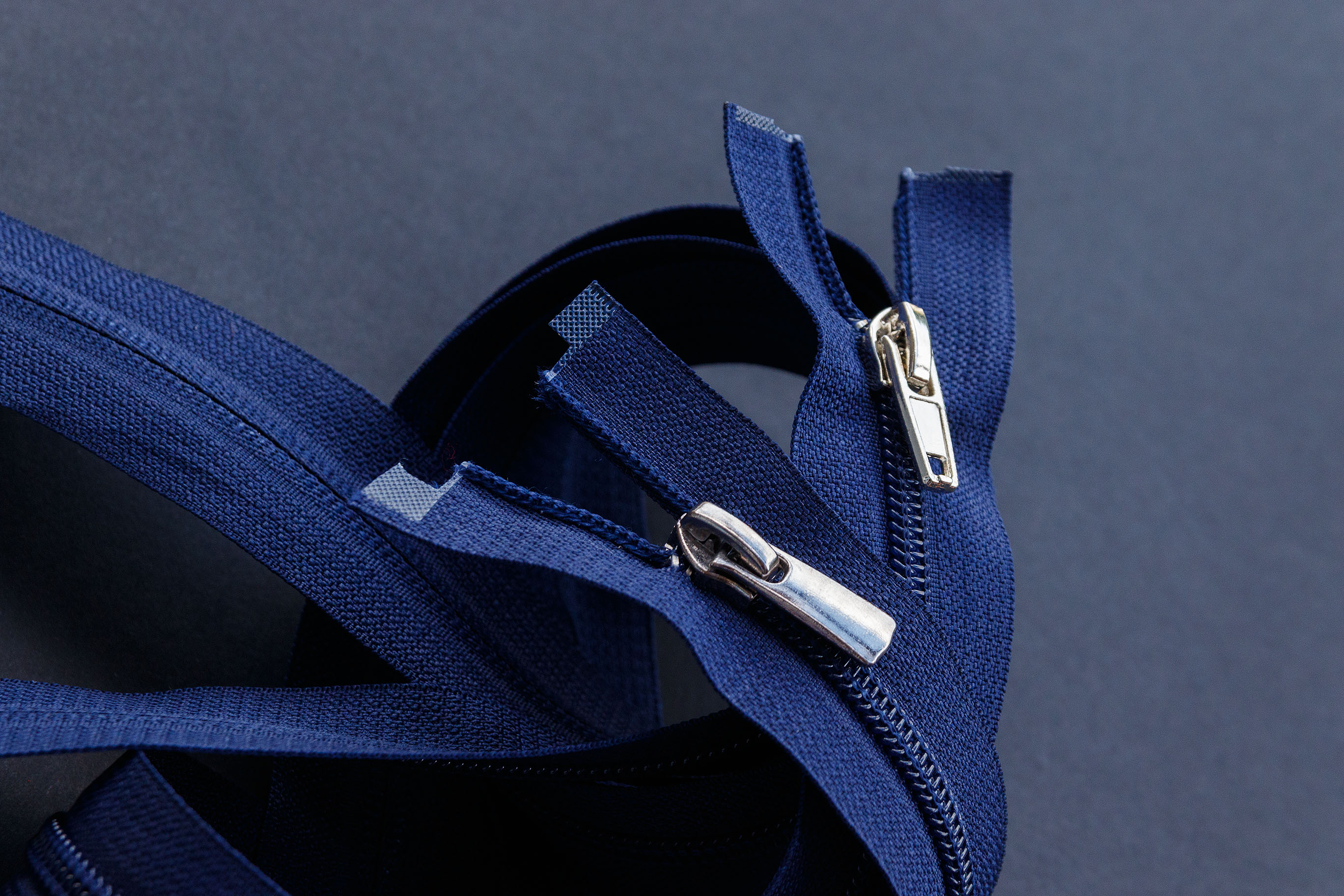 A characteristic of coil zippers is high reliability and durability.

There are several types of these zippers, which makes them suitable for a variety of purposes, ranging from the requirement to be concealed when it is sewn on light garments, to the need to meet the specific requirements of the footwear, sports equipment, and furniture industries...

The spiral woven zippers S40 and S60 represent newer technology of producing a zipper, where spiral is formed directly on the weaving machine and together with quality yarns makes one solid structure.
‍
From our wide range of products, we highlight SN40 – invisible zipper, which is unnoticeable after it has been sewn on a garment, so that only puller is visible. 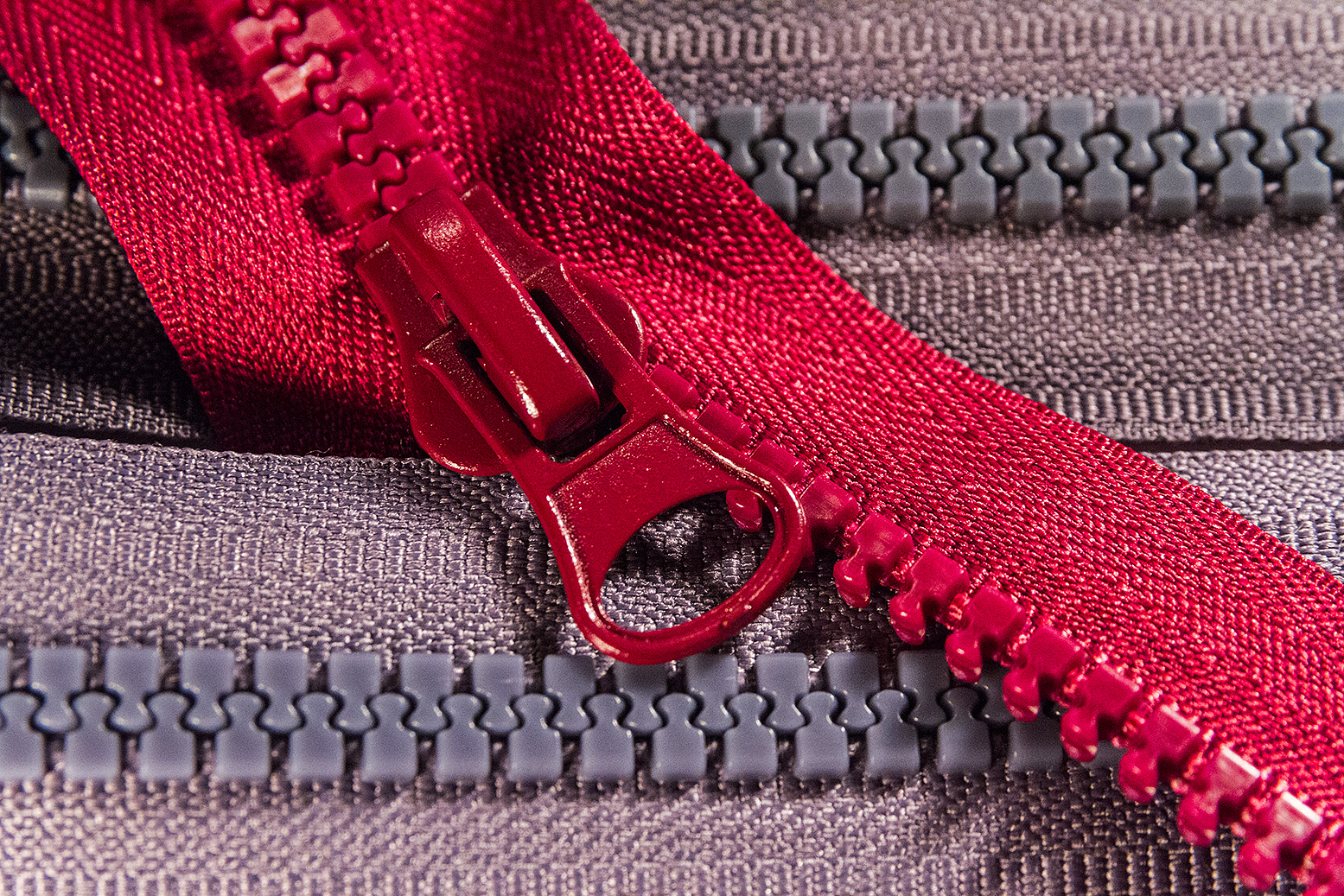 They are made by molding polyamide teeth on a polyester tape, and besides functionality they can represent a fashion detail.
‍
Due to the shape of its teeth, it is popularly known as „tractor“.
‍
It is possible to combine different color of teeth and polyester tape to achieve interesting visual effect. They can be made in different classifications, like other types of zippers. 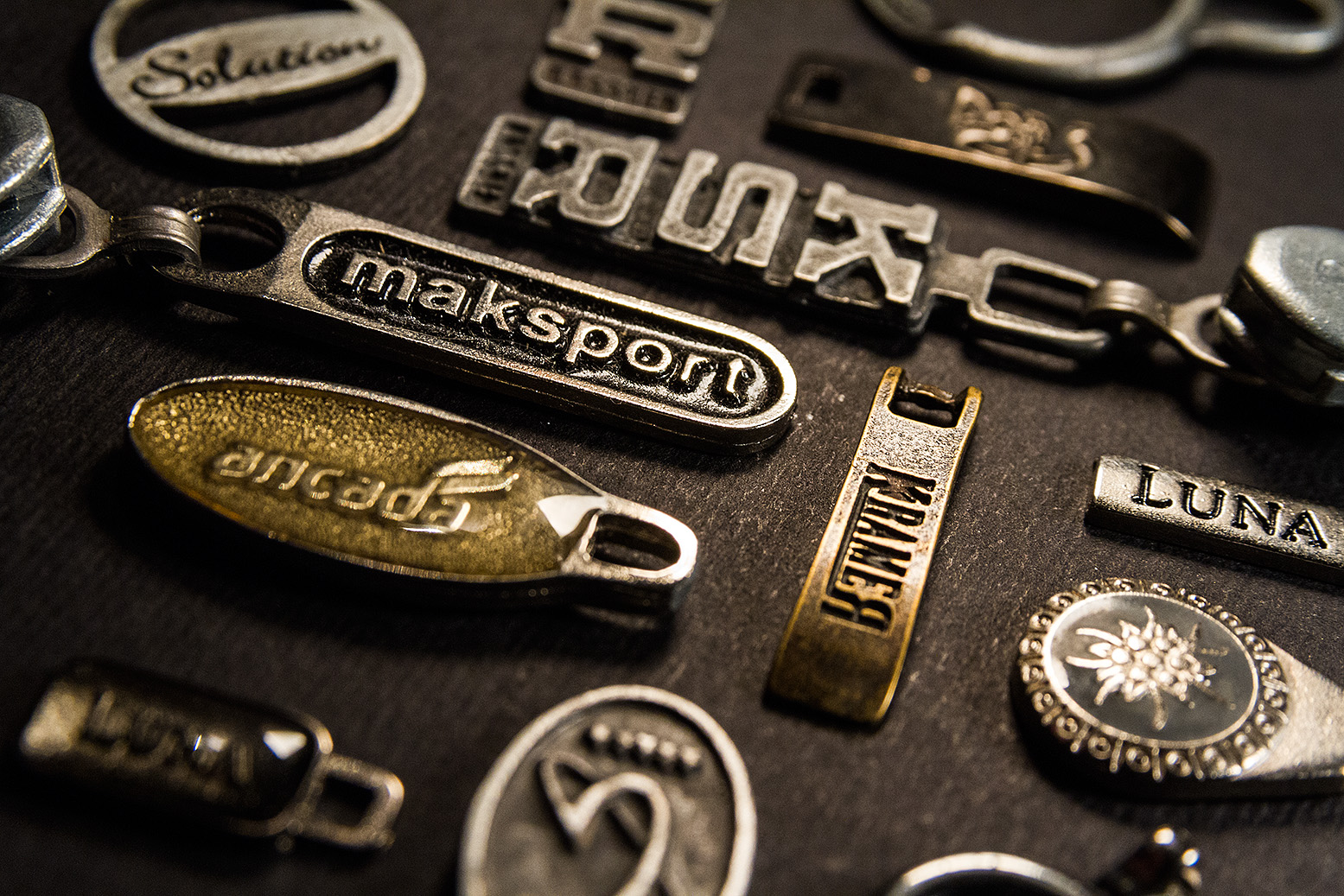 Our offer includes also unique pullers that can be attached to certain sliders.

Look at our collection of pullers that can be attached on AH8, L10 and 3K sliders, and feel free to contact us if you have any special requirements that we have not covered in the catalog.

Most of the fastening elements used in textiles today, such as drinkers, buttons, laces and similar, have existed in some form through different cultures for thousands of years. The zipper or the zipper (German word) domesticated in our people is an invention of the American inventor Whitcomb Judson from Chicago from the end of the 19th century.
‍
By the end of the 19th century, Judson was already a successful inventor, with a large number of patents in the field of mechanical engineering, for the needs of railway braking systems. He then turned to the development of an easily detachable patent that would be used to fasten on shoes. On August 29,1893, he patented an invention he called the clasp-locker.
‍
Judson showed his clasp-locker at the Chicago Fair in 1893, but the public almost completely ignored him. The firm he founded with his partner Lewis Walker never actually achieved success in selling his patent.
‍
It was not until 1913, after a Swedish-American engineer, Gideon Sundbach, remodeled Judson's patent that the zipper achieved success. The American army used it on uniforms in World War I, and later in 1920, zippers could be seen on various types of clothing and footwear
‍
In the mid-1930s, zippers were introduced into the fashion industry. The name zipper originated as an onomatopoeia of the sound that is heard when it is opened or closed. 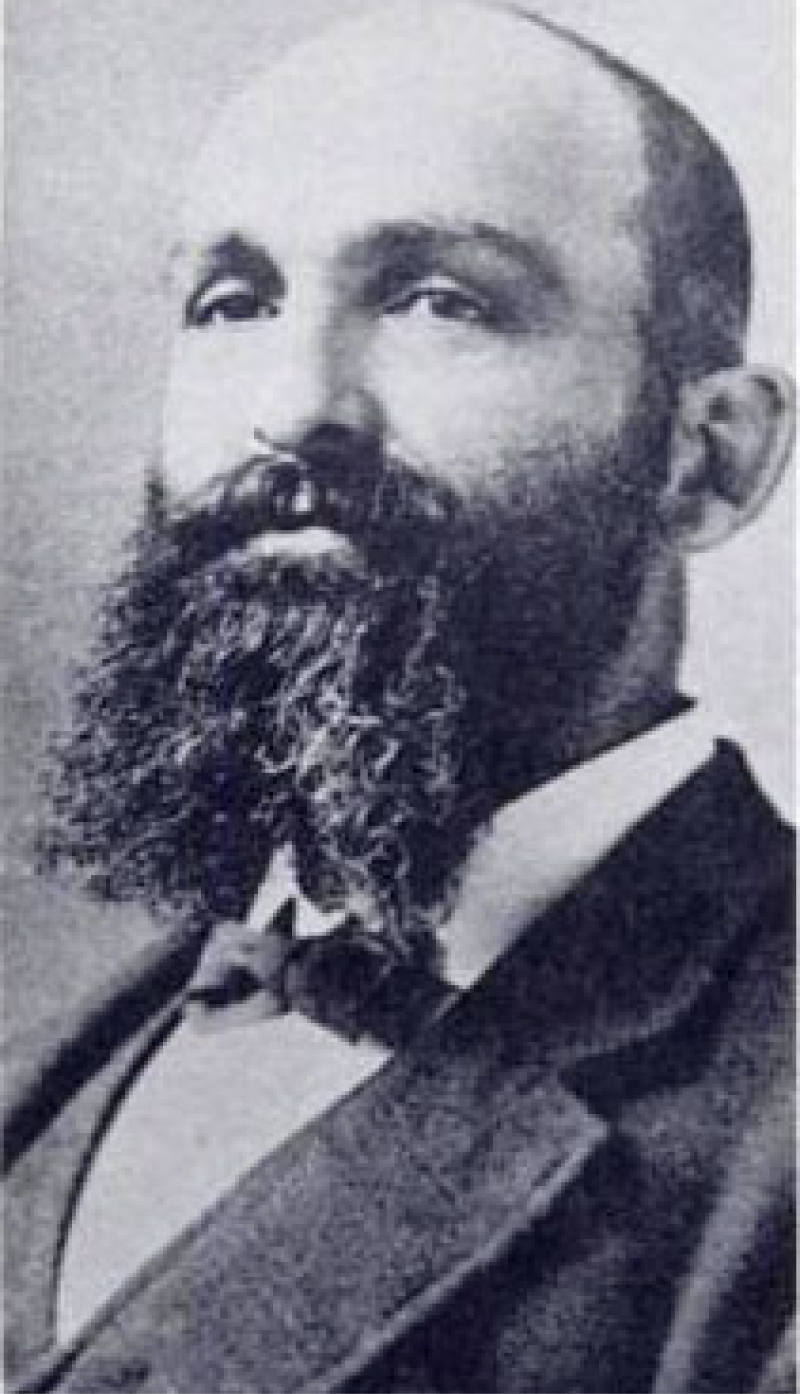